Discover the human cost of remote control killing, the dangers of covert government policy and unaccountability in modern warfare

Already 3 years in the planning and fraught with difficulty, my documentary film "The Approximate Target" will explore a very personal journey as I bring people directly affected by drone warfare to the screen and explore all sides of this very controversial debate.

As the UN launches an investigation into drone killings I ask, "Who are the victims of drone strikes termed 'collateral damage' and 'bugsplat' by those operating UAVs?

What the impact of this disturbing and ever developing technology? To what extent are states crossing ethical and legal boundaries of behaviour? And could Britain and America be committing war crimes?

These are some of the hard questions the film seeks to answer by mixing first hand, grass roots stories and accounts of real victims with those of academics, politicians, military personnel, activists and others affected by this sweeping issue.

"I made promises to those affected by drones to find a way to tell their stories, and I am not a person to go back on my word."

As a victim myself of another form of US 'collateral damage' which led to the death of my husband and brother law, my aim is to explore alternative perspectives to the well, worn rhetoric of those in power who seek to justify their deadly actions.

The Approximate Target will utilize independent, D.I.Y. and guerilla filming techniques to document my journey from the UK to Pakistan in May 2013 where I will talk to those affected by drones in the Tribal Areas of Waziristan amidst the backdrop of the general elections.

The experience of rejection has served to make my commitment to visit Pakistan stronger. Most importantly I made promises to those affected by drones that I would find a way to tell their stories, and I am not a person to go back on my word.

Show your supprt and keep up to date with the films progress on twitter and follow: @approxtarget

The production has sucessfully been granted funding from the Andrew Wainwright Reform Trust and Lush Cosmetics Ltd.

The Jan - April 2013 issue of 'The Lush Times' features the film and you can pick up 'The Approximate Target' designed charity pot in Lush Stores now!

Because the film is about real people, engagement and open discussion we are embracing online social media to spread the word, share media and give access to content

To find out more and tell us what you think, you should follow us on twitter, read the blog and leave us a comment and like us on Facebook. The more people know about this film and begin learning about this issue, the sooner we can work towards change.

Read more on the AT Blog

A History of Responsibility, Tragedy, Difficulty and Bureaucracy 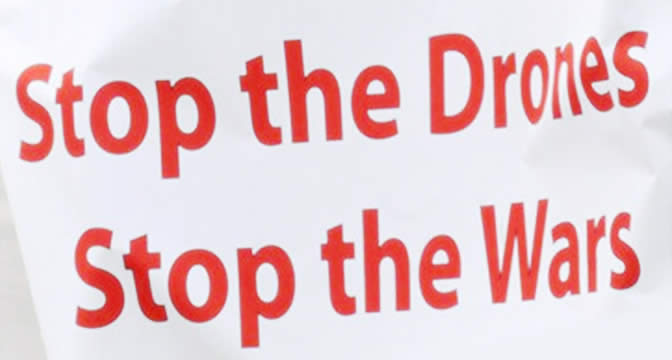 During this time many of my articles covered the socio-political issues of AfPak (Afghanistan / Pakistan) and one particular issue surfaced repeatedly, the target killing of tribal people through US drone strikes.

Considering the use of drones a potential war crime, Saleem and I planned a documentary on the use of unmanned drones until tragically Saleem was kidnapped and tortured to death in May 2011.

Despite the loss of a close friend and colleague, it seemed that the best way to deal with my loss was to continue investigating.

A trip to Pakistan was planned in 2012 to film a Peace March in Waziristan, initiated by former cricketer turned politician Imran Khan.

The march was a perfect backdrop to highlight the victims of drone strikes in the region. However, at the last minute the team were denied a visa to participate and production was set back once again.

If you want to find out more about this issue, check out our links and resources page or our delicious links profile.